2 Simple Ways to Change the Way You Think and Feel

Written and Published by David on January 11, 2014 - Reviewed by Dumb Little Man 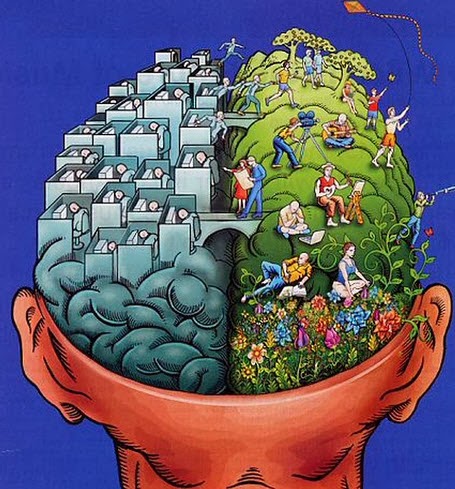 Law of attraction states what you think about you attract. In a sense this is true, but what is really creating your reality are your unconscious beliefs.

Beliefs are repeated thoughts about someone or something even if they are not true.

What you believe to be true, you attract into your life. That’s where we get the saying, acting in accordance with your beliefs.

So, let’s say you spend the day having positive conscious thoughts.

But, something happens and you get distracted and your negative unconscious thought pattern runs again.

So, you’re back to being negative, pessimistic, and cynical and your reality reflects that.

The human body operates on many levels and often times creates inner conflict.

One part of you wants this, another wants that, and so on.

The key ingredient is learning to get all parts of yourself in alignment.

Think of something you really want to achieve like more money.

Get specific. State an actual dollar amount like an extra $1000 a month.

This tells your mind exactly what you are going to do with the money. If you skip this step your mind doesn’t have a reason why you want this money and it most certainly will not allow it to happen.

Next, pick a bill or bills that you intend to pay $600 towards. Next, describe some fun things you can do each month with the extra $300. Finally, think of some places you could invest the extra $100 a month.

And yes, even the great feelings of investing or saving an extra $100 a month.

You now have a system in place for allowing more income, and exactly what to do with it.

Your mind can flow with this strategy and have absolutely no problem letting this happen.

This simple process removes the fear/resistance response from the brain making it much easier to make changes in your life.

This is also the reason why people have such a hard time making changes. You are essentially fighting with yourself to make changes.

Once you get all parts of yourself in agreement to make changes it will all seem so simple and easy to do.

You will be giving your mind reasons and commands to create the changes you really want to make.

So negotiate with it. Make it your ally in your life.

This process works for people who are not operating as a holistic/wholeistic being. Yes, many people are operating as a fragmented being. They compartmentalize themselves mentally.

The truth is there is only “one you” but because of the personality/ego, it appears as if we are segmented in who we are.

Are you still feeling resistance to change?

Don’t worry, there is always plane B which is EFT.

EFT tapping or Emotional Freedom Technique is a system I use to help me get out of my way so I can easily make changes in my life.

Since life is constantly changing, even faster these days, it’s important to be able to adjust your life course with them.

Your fingers also have meridian lines and they are activated while you are tapping. Note, tap firmly, but not so hard that you hurt yourself.

Meridian lines should be open and flowing, and when they are not, you will experience the feelings of being stuck emotionally and physically.

It’s a combination of positive psychology and acupressure.

The primary tapping points are on top of the head, between the eyebrows, the side of the eyes, under the eyes, below the nose, on the chin, on the chest near the collar bone, and under the arm.

For a visual demonstration of this exercise, go to You Tube and search for EFT/ Emotional Freedom Technique or read Dr. Mercola’s post utilizing EFT.

EFT is a powerful tool for allowing money into your life. Recently, I found a video on You Tube by Margaret Lynch titled: Tapping Your Way to Fifty Thousand Dollars and I did the exercise several times.

Later that day, I checked my affiliate stats for sales. Guess what? I had three sales that very same day!

I know, it wasn’t exactly $50,000, however, it shows to me that I am the one allowing to receive money or not.

It tells me that I allow the flow of money into my life and not anyone or anything outside of me.
So, if you don’t receive $50,000 after doing this exercise don’t assume the video is wrong. The better place to look is your beliefs about money.

You probably have unconscious blocks surrounding money like it’s not safe, or even that you don’t deserve it.

Before going to bed each night is the best time to do EFT because it gives your subconscious mind enough time to process and integrate the new beliefs you are giving yourself.