8 Reasons Why Women Are Better Than Men at Business 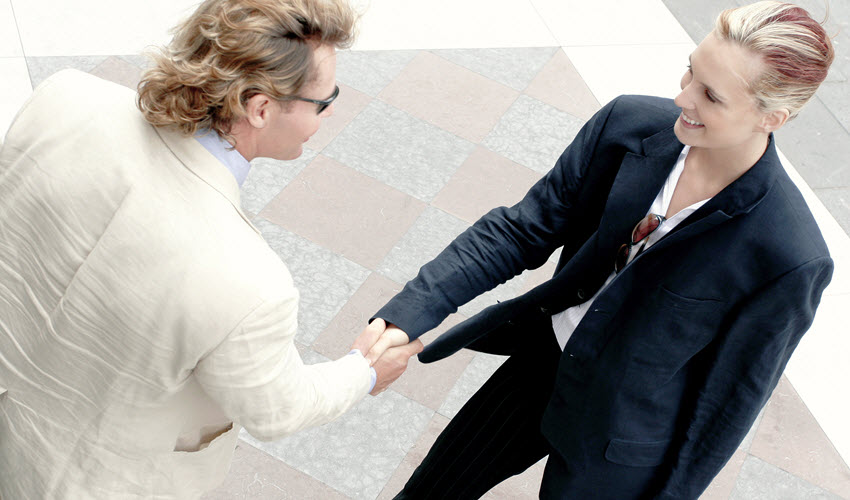 I know, I know. It’s a bit controversial but if you’re a man reading this, you can hold on to your sock suspenders for a moment and try not to get your boxer shorts in a twist. It’s only a few observations I’ve noticed as a WOMAN in business.

I took over my father’s windows company in 2010 and I’d worked with him beforehand, so I saw up close how he ran the business. Admittedly, he’s a former broker in the City of London so has all the quirks and foibles you’d expect from a stereotype ‘City Gent’ type businessman. Nevertheless, I noticed quite a few things he lacked that could easily have been resolved, just by changing sex.

You can debate all you like but from where I’m standing, there are some fundamental differences between men and women. We’ve evolved in different ways to fulfil our own separate functions as human beings. Men were always the providers and protectors, whereas women were the nurturers and care givers. This is the way we’ve evolved, so don’t blame me for pointing it out.

See Also: What Women Should Know About Men’s Brains

So on our slightly different paths of evolution, we’ve evolved traits that are specific to our own gender. Now, it’s no secret that women have been held back from the world of business for the last forever thousand years. But in this current age of enlightenment, women get a fair crack of the whip, and it’s interesting to see how our evolved traits seem to give us an edge over the ‘not so’ fairer sex.

So, without further ado, let me please explain why women are better at business than men.

Women are better at multi-tasking and that’s a fact. We’ve had to prepare the food, look after the kids, clean the house and carry out all number of chores simultaneously, while hubby plonks himself on the couch after a hard days hunting.

Hunting that is, one wild beast. One. One goal, one aim, just one thing to concentrate on.

This went on for aeons, so it’s no wonder that women evolved better multi-tasking skills, and that carries through to the world of business. I have to manage over 50 staff, handle multiple customers, enquiries, ensure supplies and equipment are where they’re supposed to be, when they are supposed to be there, and my father, God bless him, struggled massively in this area.

It’s no coincidence that the majority of PA’s and secretaries are women, and the smart businessman hires a woman to multi-task for him. Which takes me to my next point. 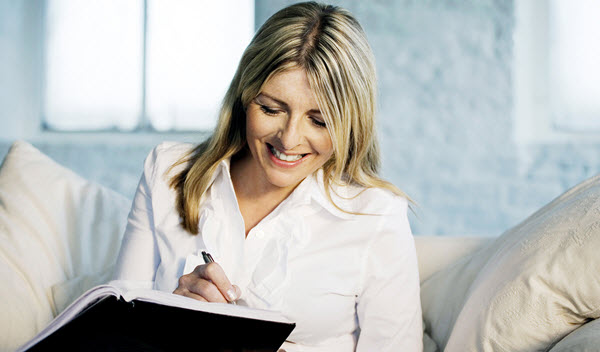 When women were allowed into the workplace, it was generally as assistants to men. Do you not think that these women were looking at their male bosses, thinking they could do a better job?

Of course they were! The trouble is they were never allowed.

But since then times have changed and these women have had daughters and granddaughters and told them never to be afraid of being in charge. So we now have generations of women in business motivated by the outdated misconception that it’s a ‘man’s world’.

Men can be motivated as well, don’t get me wrong. But men have always been in business. It’s expected of them. Women have to work hard to prove they’re stronger, tougher and more capable than the thousands of years of conditioning have taught us.

Yes, women have had to battle against the tide for thousands of years. I’m 100% certain that there were stone age women who thought they could organise a deer hunt better than their half-witted other halves. But they would never have been given the chance. This has helped women develop extremely thick skins.

Fast forward a million years and this thick skin, or resilience as I like to call it, is helping women succeed in the tough world of business. Resilience is vital for being able to take the knocks and come back stronger.

There was a time when my business was on the ropes, and my father was ready to throw in the towel. But I refused to let it get to me. I reorganised, re-strategised and came back stronger. And now the business is thriving.

Which takes me on to my next point. Women have less of an ego than men. Men need an ego, they’ve evolved one. They need to be able to stand up to a threat, and they build a picture of themselves that’s bigger and stronger than they actually are.

This is important when it comes to facing an enemy that is bigger and stronger than themselves. But it can alienate people that aren’t a threat. We’ve all seen the red socks and suspenders of an Armani suited douche bag who kicks around the office like he’s God. This, in my opinion isn’t good for inspiring your team.

And speaking of inspiring your team. It’s a well-established fact that women are better at communicating than men. To run a successful business, you need a team that works together with cohesion and purpose. If problems are encountered they need to be resolved quickly, so the team can get back on track with the business of being successful.

The trouble with men is they tend to bottle things up. Joe might have a grievance with his position, but rather than speak about it he lets his productivity slide. My father in this position would call Joe lazy, and probably aim a few loud expletives in his direction. Joe would then feel more aggrieved, and so the cycle would continue until Joe either quits, or is fired.

A woman on the other hand is more likely to notice that Joe has an issue, and she would ask him politely to share his feelings. Joe would open up like the delicate flower he is, and the problem would be resolved before it has a chance to spiral. 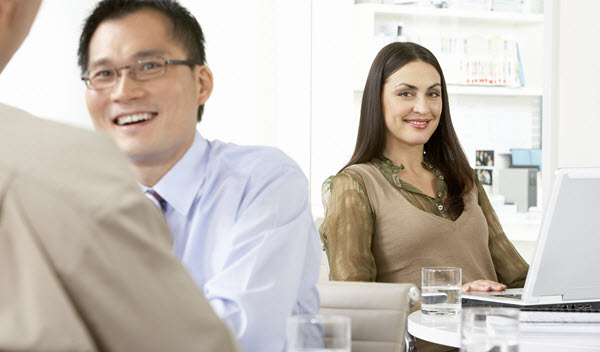 Which leads nicely to another reason why women are better at business than men. Women are less impetuous. Men have evolved what I call a fight reflex. This was a good trait to have when we were living in caves. You never know when the next caveman is going to steal your cave, your wife, and spread your innards on the wall as art.

So, when a man feels threatened by anything, his heckles go up and he switches to fight mode. Running in fight mode his vision is impaired and he’s liable to make rash, reckless decisions. This is when the woman will step in and tell him to calm down, but he’s likely to shout I AM CALM!

Fortunately, women don’t have this trait, and deal with threats in a calmer, more rational way. This avoids all manner of misunderstandings and helps a business run along like the smooth running ship it should be.

Now, this is probably the most controversial of all the statements I’ve made in this here article. But facts are facts. It’s a modern educational orthodoxy that girls across the developed world are more likely to get top exam grades and university places than boys. The university admissions authority over at UK even warned that being a male could soon be seen as a new form of social disadvantage.

Now, does this mean that girls are more intelligent than boys? You betcha!

Although I’m sure there’s a myriad of factors that go into the reasoning why girls perform better than boys at school, the fact remains that they do. So if they had the same institutionalised thinking on business as men, they’d probably do better at that too.

See Also: Are Men Or Women More Successful At Saving For Retirement?

I’ve made a lot of points here in this paper, and I’m sure if you’re a man reading this you’ll want to disagree with every single word I’ve written. You think it’s all jiggery pokery.

Well, a number of eminent psychologists agree that women’s intuition is very real indeed. Research has shown that women are better at reading facial expressions than men. Also, it’s shown that women are more likely to pick up on subtle emotional messages being sent out by others. This means we instinctively know if someone’s trying to hide something.

So the next time you try lying to a woman, remember she can read every little muscle tick on your face. And that’s a very handy tool to have when you’re running a successful business.

Okay, so you can uncross your legs now guys. You can disagree with a lot that I say, but the fact is I, (a woman) inherited a struggling business created by my father (a man), and turned it into the most successful and fastest growing sash windows company in London. I’ve done this in 6 years and have a 5-year plan to make Sash Windows London Ltd the biggest glazing company in the UK. And all because, thankfully I was born a woman.

Get daily tips and tricks from Dumblittleman!
Your subscription could not be saved. Please try again.
Success! You are now a Dumb Little Man! :)
<div class="elementor-container elementor-