Successful People Don’t Let Their Fear Of Failure Hold Them Back. Do You?

Written and Published by David on September 25, 2013 - Reviewed by Dumb Little Man 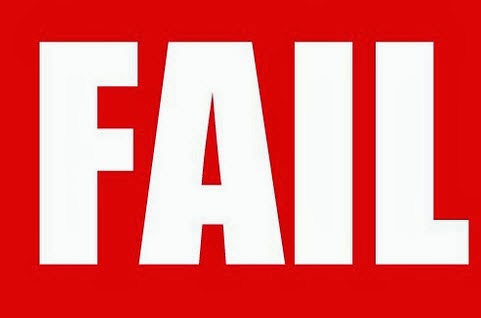 Every four years we are graced with The Winter Olympics. Do you ever watch the figure skating competitions?

I wanted to avoid watching them for years, as I always felt terrible for the competitors who fell.

The entire world just watched them go from a gold medal to no man’s land on the score card.

But then I’d see the same competitors four years later, trying again. And more often than not, their technique had improved, securing a higher score than ever.

Those people are brave. They got up, brushed themselves off, went back to the drawing board and tried again. They learned from their mistakes and moved on to try again, and succeed.

Success isn’t always immediate. There may be years between today and your idea of success, and it’s tough to hold onto your motivation. It’s  hard to keep running when you can’t even see the finish line. You have to remind yourself daily of where you want to be. Have you ever heard of affirmations?

Sometimes people find it comforting to remind themselves every day, what they’re working towards. Whatever helps you find your motivation!
Learning from the past

If you failed to realize your goals in the past, you can resolve to realize them in the future. If you remember where you went wrong, you can apply that knowledge the second time around. Steve Jobs wasn’t an immediate success and yet he kept going back and trying again. At least the second time around, you’ll have a little more know-how and you’ll know what to look for.

Did you know that Ivory Soap was invented by accident? All because some soap-maker forgot to turn off the mixer and more air than usual was molded into the batch, resulting in floating soap.

It was an overnight success story, and it happened by accident. How do you know that your next blunder isn’t going to be your biggest success story?

Don’t count on a failure turning into a success, but be aware that just because you may not see the solution now, that doesn’t mean it’s not right around the corner.

It doesn’t have to be thought of as “failure”

Just because you didn’t succeed at something, doesn’t mean you failed per se. You can think of it as simply an attempt at something that didn’t work out the way you’d hoped. You only truly fail at something if you give up on it. Keeping up with your goal means you’re still in the running.

You can’t succeed if you don’t try, and you can’t fail if you never quit.

Fearlessness is a badge of honor

When you continue to try to reach your goal after “failed” attempts, you become more and more impervious to the hurt that comes along with it. You already know what happens when it doesn’t work out. You’re well aware of how it makes you feel. But you keep going anyway. That takes some real courage and shows everyone else that you’re a determined person and that nothing can get you down.

To some, failure is not an option. But sometimes failure is an important step that inevitably leads to success. The most important thing of all is to absorb every experience and learn from each one of them. You will never succeed if you give up the moment you’re confronted by an obstacle. Keep going, and maybe you’ll find that moment in your life where you can finally say “I did it.”

Now that you have started to work through the fear of failure you should read these tips that will show you 7 Ways To Stop Looking In Your Rear View Mirror And Focus On The New Road In Front Of You.