Want to Be Successful at Work? Watch More Soccer

Written and Published by Peter Loge on September 6, 2018 - Reviewed by Dumb Little Man 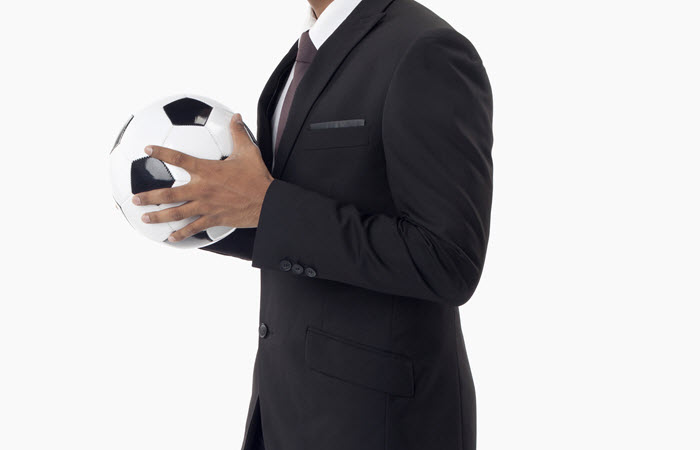 To the legendary Scottish coach Bill Shankly, soccer was not a matter of life and death – it was more important than that.

In some parts of the world, the soccer team you support reflects your neighborhood, nationality, faith or social class. For many American parents, soccer is the sport you spend an unreasonable amount of time driving your kids to and from.

For a growing number of Americans of all skill levels and backgrounds, it is a way to build a community, stay fit, and go to events where it is socially acceptable to scream obscenities and throw beer.

Soccer can also be a guide to success for organizations, managers, and staff. There is a good reason that Daniel Neal, a former college player, says that “not a single day goes by in my work life as an entrepreneur that I don’t use skills I learned playing soccer.”

I talked to dozens of current and former players at all levels about how soccer thinking helps them succeed off the field for my book, Soccer Thinking for Management Success: Lessons for organizations from the world’s game. Three of those lessons can make you more successful at work right away.

Here’s how soccer and business are related: 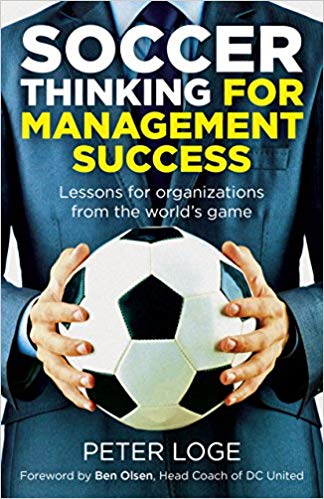 There are no timeouts in soccer and each team is only allowed three substitutions during a 90-minute game. That does not mean the players sprint back and forth the whole time, like some middle school gym class nightmare.

The best players pick their moments. They walk or jog to put themselves in position, take advantage of opportunities, and then sprint when they need to.

Neil Richardson, a former professional player turned manager and consultant put it well – “When you run, you run. When you walk, you walk. It’s about pacing yourself. You need to have the judgment to know when to go full speed or lay off. Leadership on the field or in the boardroom requires that you know about how to sense rhythms and understand timing.”

You cannot go flat out all the time at work or on the field. Study after study points out that regularly working more than 55 hours per week is counterproductive. If the greatest players in the world can’t sprint for 90 minutes, there is no way the rest of us can sprint for 60 hours.

Like the top players on the field, top performers in organizations know the importance of taking breaks and getting rest so that they can be at their best when needed.

Your company is a team, not a family 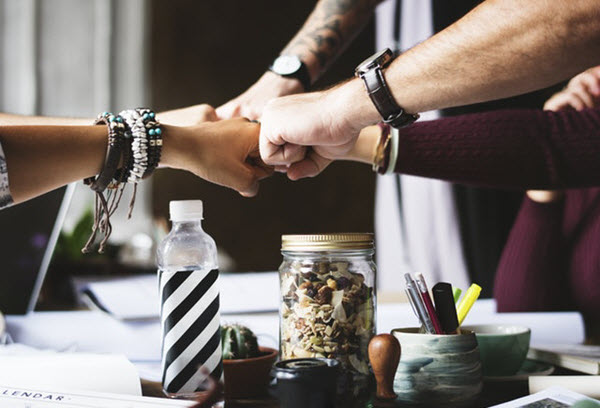 Managers like to say “we’re all a family here”, but you’re not a family. Families don’t have a “child of the month” prize that comes with extra dessert and children don’t family-hop, picking the house with the fastest Wi-Fi or most lenient curfew.

If the family hits a bad financial stretch, children aren’t laid off. Parents don’t trade children to other families for kids to be named later.

Your organization is a team. You were hired for your ability to help the larger unit achieve a goal. You did not show up at the doorstep of corporate headquarters in a basket. Instead, you were selected over others because of your skills and experience.

Work hard for your teammates and colleagues. Develop the relationships needed to get the job done, but know that you are expendable. If the needs of the position change, if the company shrinks or for any number of other reasons, you can be let go.

That is not a reflection on you.

You are not being banned from Thanksgiving dinner. Like a player on a soccer team who gets traded or cut, your skills are being moved out of a system.

The flip side of this is that leaving a job is not running away from home. Going to another company or quitting just because you want to is not abandoning your family legacy – it’s taking your skills somewhere else.

If a player gets a better offer from a better team, that player leaves and no one holds it against him. Adopt the same attitude at work.

Failure and fame are fleeting

She was the goalkeeper on the first Women’s World Cup winning team. Right before halftime of the championship game, she made a mistake and let in a goal. Suddenly, the US was down 1-0 with 45 minutes to play and the world championship on the line.

During the halftime, the team figured out how to adjust. They came out for the second half and went on to win the game with Harvey’s help. There wasn’t time for finger pointing or interrogations.

She made a mistake. She knew it and so did everyone else. Immediately, she was able to put the mistake behind her and help her team win. It is worth noting that Harvey told me “I can’t recall a single thing I learned from winning.”

If you fail, you have to figure out what to do about it and then go do it.

Danny Karbassiyoon was the first American to score for Arsenal, a legendary team in England. But injuries cut his career short and he was a former almost-star before he knew it. He went on to find an online video game company. As he put it to me, “Failure is not particularly an option for me, but sometimes it becomes a reality. It knocks you down, and you have to go on and get stronger because of it.”

Failure doesn’t have to last and fame almost never does. Danny was a rising star with one of the biggest teams in the world– then, he wasn’t. Mary was the best female goalkeeper on the planet, then she became a consultant.

Neither mistook their moment of glory for a lifetime of honor, just as neither mistook a setback for proof of a doomed life. Enjoy the moment, then get on with the next task. 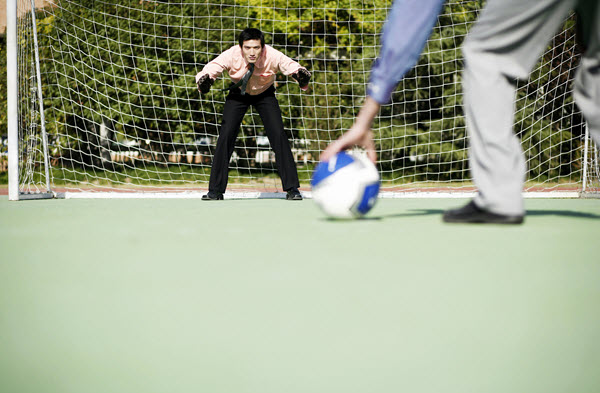 These and other lessons from soccer can help organizations, managers, and staff succeed. Not all lessons from soccer transfer to work, of course. I don’t recommend grabbing your leg and rolling around on the ground if you get a difficult question during a presentation and ripping off your shirt and leaping into your colleagues’ arms after closing a big deal is never a good idea.

But the next time your boss says you should be working on the weekend, say “thanks”. Grab the remote or head to the field.