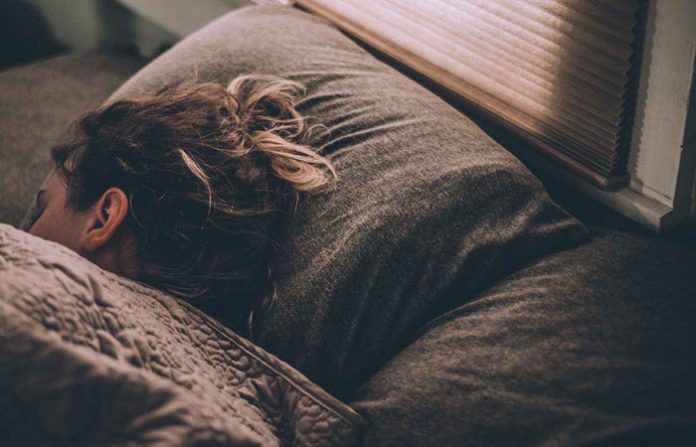 We’re overextended and exhausted, but we have weights to lift, miles to run, and muscles to build.

The problem, though, is that the only time many people have to achieve fitness goals often overlaps with (what should be) bedtime. It’s a Catch-22.

Sleep isn’t something to tamper with. It’s serious business. We need at least seven hours to lower our risks of developing cardiovascular disease, diabetes, obesity, and depression. On top of that, getting enough sleep keeps us from dealing with energy-draining hormonal changes.

Plus, when gymgoers miss recovery or rest for the sake of fitting in a workout, they risk losing momentum because muscles recover during sleep. In fact, a lack of muscular definition might have less to do with the weights you lift and more to do with the z’s you get.

So are we doomed to become fit zombies, or is there a way out of this self-afflicted sleep deprivation?

Why We Sacrifice Sleep

Most of us love to sleep, yet we willingly keep ourselves from getting the right amount. We think, “If I can just get enough sleep to function and still get my workout in, I’ll be ahead of the game.”

Without sleep, we start to exhibit negative behaviors. We can’t wind down, concentrate, or regulate our appetites. But just one night with a full eight hours of rest can start to reverse these issues. Still, that can be a tall order for fitness aficionados who are locked in a sleep-deprived cycle.

Bryan Cole, our company’s team manager, knows and understands the power of sleep. After decades of working in the nutrition industry and with elite athletes, he sees sleep and exercise as a two-way relationship. He operates under the philosophy that exercise promotes better sleep and that sleep promotes better exercise. GoPro skier Chris Benchetler and the first free climber of the Dawn Wall of Yosemite’s El Capitan, Tommy Caldwell, are among those who share Bryan’s philosophy.

Bryan aims for nine hours of sleep every night but sometimes settles for eight. Consistent rest keeps his work and athletic performance at optimal levels. Haven’t reached this caliber of discipline quite yet? All is not lost — even if last night’s sleep was.

Training Your Brain for Sleep

Realign your priorities and incorporate these strategies into your habits for successful snoozing and better workouts:

Simply staying hydrated will ensure you feel like you’re in top shape when it’s time to hit the hay. The National Sleep Foundation notes that people low on hydration don’t sleep as deeply, making them more susceptible to groggy, moody mornings.

See Also: Top 5 Tips On How To Stay Hydrated

Eating a big meal before bed is a bad decision. A stomach focused on digestion is not a stomach focused on staying asleep. Need to eat late? Resist the temptation to eat anything resembling a heavy meal. Instead, opt for light foods with fewer sugars and carbs, such as pumpkin seeds, turkey, and avocado.

Ever gone to sleep exhausted after drinking a glass or two of beer only to wake up wide-eyed at 3 a.m.? This is why some athletes avoid alcohol altogether. If you do enjoy a drink with dinner occasionally, go easy and stop drinking within four hours of bedtime.

Many athletes swear by caffeine in all its forms, from energy drinks to super-robust coffee. Although it can boost their stamina temporarily, it can also destroy a nightly routine. As with alcohol, stop drinking caffeine at least four hours before you climb into bed.

Think dark, cool, and quiet when designing a sleeping space. If you’re on the road, a white noise machine, earplugs, or an eye pillow can help. At home, choose pillows and a mattress that offer support. Keep the ambient temperature at 67 degrees, and make sure to keep the electronics out of the bed.

6Go to bed at the same time every night

Heading to bed at the same time each night gets you into a sleeping groove. Plus, it makes waking up early less difficult. Don’t make weekends an exception. If you stayed up late on Saturday, force yourself to get out of bed early on Sunday rather than sleep in. While it might not be your most mentally sharp day that week, you’ll stay in sync.

See Also: 9 Sleep Hacks to Elevate Your Mood and Improve Your Health

Climbing into bed without wearing clothing allows you to be freer to sleep soundly and comfortably. Worried you’ll get too chilly? Cover your bed with breathable sheets and blankets. It’ll be less difficult than you think to get used to sleeping in the nude.

You’ll never hit your fitness A-game without enough rest. Resolve to place more importance on slumber and kick your athleticism into high gear.

Dave Pributsky is the head of marketing strategy and business development at 2920 Sleep, which provides high-quality products that improve sleep quality and overall health with minimal environmental impact. Dave founded 2920 Sleep with his business partner, Karim O’Driscoll, as a quality-driven company dedicated to providing healthier lifestyles through sleep.