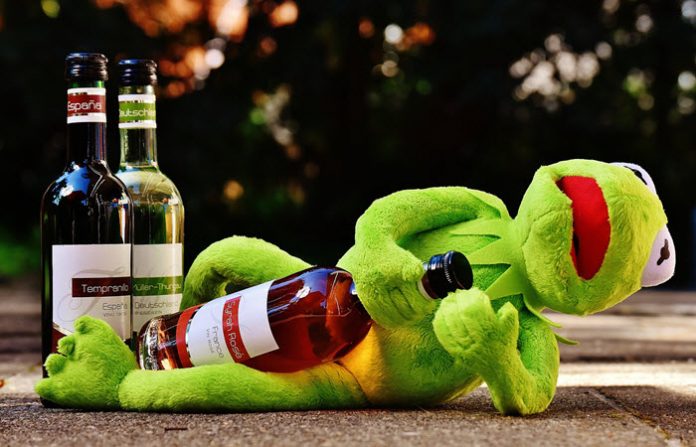 Alcoholism is an emotive issue in many circles. It’s not just because it has been linked to a plethora of vices but because drinking is a way to relax and unwind for most people. Proponents would say alcohol is only as bad as the user. They isolate themselves from the negative image that alcohol carries.

After a hard day’s work, most people will head to the bar and knock back some beer or tall glasses of fruity but potent cocktails. Occasionally, they interject their froth party with strong chasers. At the end of a wild night, they most probably call a taxi because they are just too drunk to drive home.

The after-work drink becomes customary. However, there is a silent user in the group that is not as casual about his drinking as the rest of the bar-goers. No one notices, and that’s just fine. You carry on unabated, until the day you realize that you are being laid off for coming to work drunk.

How did I become an alcoholic?

How did it happen?

But, is there a pattern that could help you recognize the condition early? There are four steps that ring across any alcoholic’s graph. Although the causative factors are not cast in stone, some are more common.

1Drinking for the buzz

Most casual drinkers have no intention of exceeding their limits when they open a bottle. For them, a beer or a glass of wine is just a great placeholder during conversations. However, once you start drinking with the intention to be drunk, you may have a problem on your hands.

When you’re not feeling yourself, you rely on alcohol to set you right. That glass of wine, those shots of bourbon or that pitcher of beer opens up a world where you can forget all the stress and problems you’re facing. After your drink, you feel relaxed as if life isn’t busy bogging you down.

3Drinking for the seclusion

Your escape phase has escalated to where you are getting in trouble with the law. The circle you belong to is gone, and you find yourself nursing a bottle anytime you are alone. The reclusion is where most psychological problems manifest. It’s a downward spiral from here- a vicious cycle of more drink and more isolation.

The reclusion is where most psychological problems manifest. It’s a downward spiral from here — a vicious cycle of more drink and more isolation.

4Physical manifestation of the allergy from alcoholism

At this point, you are no longer a functioning alcoholic. The alcohol has taken its toll on your mental and physical capabilities and its starting to show. Your job, relationships, and health are taking a hit. As a consolation, it is at this stage that most users opt to seek help.

When it comes to alcoholism, it doesn’t always have to mean a dirty person leaning on a wall and reeking of stale alcohol. There are people who are dependent on alcohol that look well on the outside. Noticing a pattern is the first step to saving someone from a steep slope of self-destruction.

If you’re having a problem with your drinking or suffering consequences from it, you should ask for help. Help can be found in many places, including therapy, 12-step fellowships, and alcohol treatment centers.

One important factor that many don’t take into consideration is the emotional aspect of alcoholism. The main question you should ask yourself is, “Why am I drinking in the first place?” If it’s due to an emotional issue, you may want to stop drinking completely. Once your body gets used to drinking alcohol to subdue your issues, you’re well on your way to full blown alcohol addiction.

See Also: The Tell-Tale Signs You May Have Alcoholism

I welcome healthy debate, challenge authority and attempt to laugh in the face of fear.