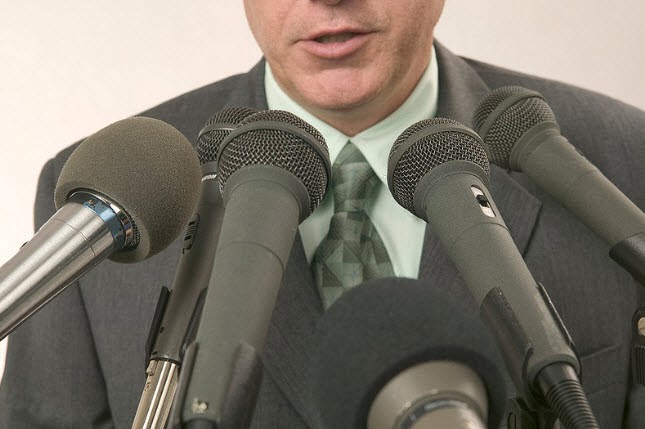 Do you get sweaty palms just thinking about speaking before a big audience? Do you hyperventilate picturing yourself giving a speech in front of a crowd?

If so, you’re not alone. You’ve probably heard that according to public opinion surveys, more people have a fear of public speaking than they are afraid of death.

That statistic caused Jerry Seinfeld to joke that this means “to the average person, if you have to go to a funeral, you’re better off in the casket than doing the eulogy.”

I get nervous speaking in front of large audiences just like the next guy, but personally, I’d still rather sweat it out behind the podium than be the stiff in a box.

Fortunately, there’s actually a lot you can do to minimize a fear of public speaking in front of an audience. If you know a few tricks.

I spent the beginning of my career writing speeches, working for President Clinton in the White House and for the Governor of California, and so I can tell you there’s numerous little-known tricks the “pros” use that you can use too.

I can also tell you that the reason most people get nervous speaking publicly is because they do the wrong things before a speech, like fail to prepare properly and practice under simulated conditions. With a few changes in technique, you can dramatically reduce your fear of public speaking and make the experience even a positive one.

Here are 7 tips for conquering your fear of public speaking:

1.  Tour the Room and the Podium in Advance

Anytime you are going to give a speech, arrange to do a tour of the room where you will be speaking. Ideally, do this at the exact time of day on the day before the speech so that conditions are as similar as they will be to the time of the actual speech.

Stand behind the podium and familiarize yourself with where the microphone is located, where you will place your water glass, and the area you have for placing your notes. The fewer things you have to worry about or figure out during the speech, the more comfortable you will be.

A lot of people prepare written remarks before a speech, and then they print them up in standard 12 point font. You might as well print them in Latin.

Pros know better than to make this rookie mistake. Professional speechwriters print out speeches in a minimum 18 point font or larger, so that it’s possible to actually read the remarks without holding the pages eight inches from your face.

Try not to read directly from your remarks. It is annoying for the audience, and I find it makes people more nervous than speaking normally and relying on the prepared notes as a fallback.

To ensure you don’t read from your notes, don’t prepare a word-for-word script. Instead, outline the framework for your speech and organize it as bullet points with bolded sub headers clearly identifying the different topics you will be covering.

But do have something written down in front of you in case you freak out. Just having it there as a crutch will be reassuring.

4.  Give Your Audience a Handout

Here’s a great trick: give your audience a resource handout which you will reference during the speech. It could be a short outline of the speech, or other supplemental material.

A certain percentage of the audience will naturally be looking down at your handout as you speak. As a result, you will have fewer eyeballs glaring up at you. In addition, you’ll gain some goodwill with your audience as everyone loves getting free resources.

If there’s a Q&A portion of your talk, the audience may go easier on you because you gave them this free resource and/or because you covered some of their questions already in the bonus material.

Deep breathing exercises really can work to calm your nerves and minimize your anxiety. Now, you may be thinking: how is that woo-woo deep breathing nonsense going to keep them from judging me??

But here’s why it works. Focusing on deep breathing exercises in advance and during a speech forces the mind to focus on something else rather than the roomful of your peers who are actually thinking “did she really wear those shoes with that purse?”

It also ensures you are getting enough oxygen so you don’t pass out. (Let’s not have that happen.)

6.  Plan a Little Perk For Yourself After You Are Done

Plan to give yourself a little “perk” after you’ve completed the speech as an acknowledgement of a job well done. Whether it’s a dinner at a nice restaurant or a trip to the day spa, your reward will help remind you that all the hard work will be worth it.

7.  Meet Your Audience in Advance

I am a big believer in the importance of relationships in business. Every ounce of success I’ve had in my career so far has been because of trusted relationships which I’ve nurtured over time. (I’m such a believer in relationships that I even wrote a 52-page free ebook on the topic, How to Build a Network Filled with VIPs and Top Performers in 14 Days.)

So, make your audience your friends. Greet people as they walk into the room. Simply stand at the door and introduce yourself as the speaker. For bonus points, ask people if they have any questions in advance. That will ensure you are aware of the audience’s expectations and what they hope to get out of your speech.

Boom. You’re no longer speaking to a room full of strangers. You’re speaking to new friends.

Keep At It to Slay Your Fear of Public Speaking

I’m not going to tell you if you practice all of these tips that it will be a “magic bullet” to conquer your deep-seated, lifelong fear of public speaking. But if you do implement at least a few of these tips, it will go a long way toward making the experience a little more tolerable, and perhaps even a little fun. Just make sure your shoes match your purse.

The Secret To Learning Any Skill Insanely Fast

How Cultivating A Single Habit Improved My Life 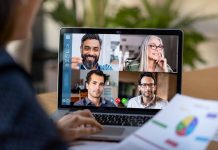 Mind Your Manners: 5 Essential Etiquette When Attending a Conference Call