One of the fastest ways to success is to remove the obstacles in front of you. These obstacles can be anything from mental roadblocks to office politics and making them move in the direction you want is not always easy and it certainly isn’t fast.

I am not here to tell you exactly what to do because that won’t work; your world is much different than mine. I am, however, here to share my experiences with you so you can take what I have learned and apply portions of it where it makes sense in your life. Going in, understand that reading is never enough to achieve success. If you’re going to skim this article and then do nothing, your life won’t change. You have to take action and you have to fail an incredible amount of times until something happens. There are exceptions of course, but I think you catch my drift.

If you only learn one thing from this article, that alone is enough and it will have an impact on your life. With all that said, here are my five effective tips on removing obstacles to success:

Not only did I use coaching to improve my poker game to such a stage that I was able to make a living at it for almost five years, but I’ve also used it to learn blogging. I knew what I wanted, so I went out and found someone who was already successful. I then joined their coaching program.

Want to get a blog up but don’t know how? Outsource it. Want to edit an audio file but don’t have the tools? Outsource it. Some things you want to outsource, others not so much. Think about where it makes sense.

Another restricting belief you may have is sharing the profit with someone. I had that too. Still have it to some extent, but working with the right partner is a lot of fun. I’m not out to make millions of dollars.

I live a simple life, so I don’t need a lot of money. I’ve realized that I can do what I want to do with a relatively small income. It’s a common trap we fall into. We think we need all this money to do something, when instead we can just do it right away.

What you believe determines your reality. But remember, you do not have to be perfect to be successful. It’s easy to put successful people on a pedestal and think that they are above you when they aren’t.

They are human beings just like everyone else. They have feelings, fears and worries. Think about what’s holding you back and why. You may begin to uncover some uncomfortable stuff, but if you want to become successful and do what you love, that’s one of the fastest way to get there. 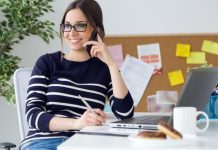 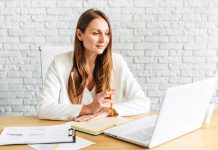