What Your Testicles Say About You

Written and Published by John Khoury on March 2, 2015 - Reviewed by Dumb Little Man 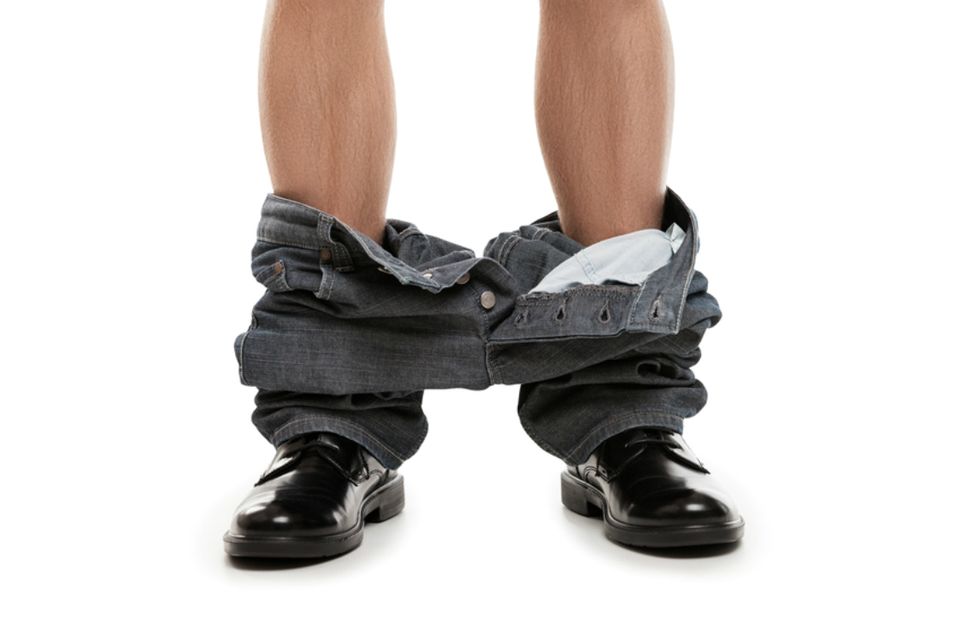 Our bodies tell us much about who we are, and ain’t nothing more integral to a man than his family jewels. What may surprise you is that a man’s testicles also say a lot about women. You see, a tool is made to do something but is designed as it is because of the environment it operates in. Wheels tell us not only about cars but also about roads. In this same vein (no pun intended) testicles tell us as much about women as they do about men.

I write a lot about human nature. Testicles paint a vivid, concise picture of our nature. We know what they’re for: producing sperm. Big deal. But take a closer look. Disgusting, I know. But what about testicles is so telling?

We start with the outside. First off, they’re outside. I once wasn’t paying attention on a tennis court and a ball gently bounced up and hit me in the groin. Within seconds, I was in the fetal position in massive pain. Most men remember the first time their balls really got hurt. What kind of moron put these delicate organs on the outside of the body? No doubt were my liver dangling between my legs, it would have hurt just as much. So why are our testicles hanging there in such a vulnerable location? For cooling purposes. Sperm, for some reason, cannot be made under hot conditions. Inside the body is too hot, so they got sent outside. This would not be necessary if you only made bits of sperm here and there, but you are making tons all the time. And this is the headline of the story. You are making sperm all the time because your body wants you to have sex all the time.

Next up is size. The size of an animal’s testicles says something about their use. The bigger the testicles, the more sperm they make. You’ve surely heard that when a man ejaculates in a woman, he sends millions of sperm on a little race to get to the one female egg waiting to be fertilized in the ovaries. Right? But why send millions of sperm? Why not just send one or two uber-sperm? It could save energy. The reason you send millions is because your sperm might need to do some fighting in there. There are no armies with one or two soldiers. You need as many as you can muster and there may be a sperm war going on in that there vagina. What? I’m saying that your sperm may have to fight someone else’s sperm in the vagina so it needs to send in a lot of “soldiers”

Whose sperm are we talking about? Who cares!? Somebody else’s. That’s the point. Your girl has been messing around. At least, she could be. And statistically, some of women are. Evolution isn’t taking any chances. Human testicles, and those of all animals, are creating sperm for an environment. That environment is a woman’s vagina. The sperm they are producing, the amounts and the density, are telling us what that environment is like. Biologists are concluding that that environment is a slightly adulterous one. Not as adulterous as chimpanzees, who have huge testicles relative to their body size, but more adulterous than a gorilla’s, who have tiny testicles relative to their body size. We are in the middle.

On the inside is a factory who is producing sperm in densities dependent on outside factors. We said that the size of our testicles implies how much sperm we make – but really it’s about how much sperm we can make. As any factory, you make as much as you need to – not more. We will make say a million sperm in situation A, but maybe situation B calls for more sperm. The amount of sperm we produce is not a constant thing. Let me explain.

Let’s say Federal Express decides to renew their old vans, so they place an order at Mercedes for 1000 new delivery vans. The Mercedes factory all of a sudden has to ramp up production to meet the needs. They can do it – the factory has the capacity, but it’ll be hard work, since the factory has an average output that is being tested here. It’s the same with your grapes – they are smart enough to know when they need to produce more sperm. And just when is that? We know that our testicles produce so much sperm because, theoretically our woman could be cheating on us. But they will produce even more sperm at times when that likelihood is greater. When would this be?

Well, it doesn’t take a genius to come up with a few situations.
• She goes to Jamaica for a week with her girlfriends
• She starts a new job and has to travel and sleep in hotels two nights a week
• You go away for a week and she stays at home

Robert Wright, in his book The Moral Animal, points to studies that show how the sperm density of an ejaculate rises when a man hasn’t seen his woman for a while. Natural selection recognizes high risk situations (that trip to Jamaica) and rewards individuals whose genes deal well with them (increasing sperm density to win the inter-vaginal sperm war when she gets home). The phenomenon is called sperm competition. This is not just something humans do. In their research paper, Postcopulatory sexual selection, Timothy Birkhead and Tommaso Pizzari show how fruit flies even release toxins in the reproductive tract of females in anticipation of misbehavior. I’ve never seen a pair of fruit fly testicles, but apparently, they too have a tale to tell. For both humans and flies, biological weapons created by evolution point to wars being fought. Sex and love have a natural layer of struggle and deception.

Conclusion
We knew that humans were adulterous – we either have, or know people who have, cheated on their partner. Even if we don’t cheat on our partner, we think about doing it. Is this all a big mistake? Has our modern society somehow told us though its sick values that this is what we want? No. Our testicles tell us that this is natural. They scientifically imply that our species engages in adultery. When space men come to our planet from galaxies far away and want to know about humans, they can just grab a man, look at his sperm factory and conclude that humans have a lot of strain and struggle in the love games we play. Those games make us who we are and have made our society what it is. You are a cheater by nature – some of you more so than others, just like some of you run faster than others. I’m not saying to go out and act on this nature – quite the contrary, I would advise against it. I’m just telling you to relax, it’s a part of the deal. Now that you understand it, don’t you feel a whole lot better?

John Khoury studied psychology before launching a career in corporate technology. He has found a way to bring self-help and technology together in his debut book Quanology: Evolution & You