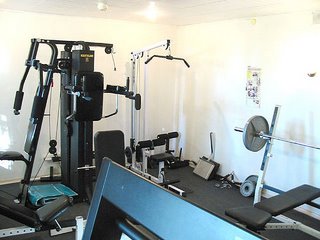 Did you know that 50 to 70 percent of muscle gain (in terms of size) from body building style weightlifting is not actually muscle fiber at all? It’s actually a fluid called Sarcoplasm. As Sarcoplasm is a fluid and not muscle fiber it contributes very little to strength.

Many red-blooded men and women would like nothing more than to become stronger. The sense of achieving something of our human physical potential can be very fulfilling. Unfortunately modern bodybuilding has become a last refuge for lost souls with poor self-esteem and body image issues. This must at least be partly responsible for taking bodybuilding far from its original roots.

Bodybuilding has hugely influenced what people do at home and at the gym when they lift weights. Unfortunately bodybuilding has largely lost its way. It is now primarily just another arm of a profit driven “fitness” industry along with other sectors such as supplements and weight loss.

So today when we examine the following six rules of strength you may find that almost all the rules presented here are in direct contravention of commonly held body building “wisdom”. That’s because these rules are for iron athletes who want to become strong and be as strong as they look.

Share your thoughts on these six rules of strength by leaving a comment. Also let us know what you have found works for you when it comes to increasing strength and becoming as strong as you look.