How Depression is Changing Internet Culture 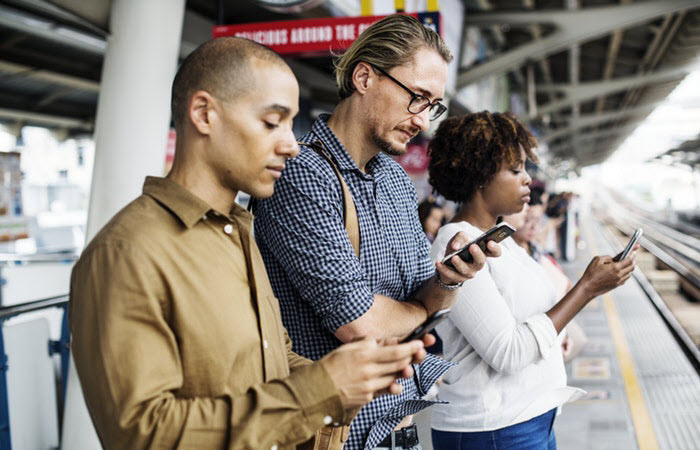 In 2016, the comedic YouTube creator iDubbbz uploaded a video of himself jumping off the back of a car into a wheelchair saying, “I have crippling depression.” He says these words self-deprecatingly and almost mockingly. It’s as if to tell his viewers that it’s OK to laugh at the “play” on words. Yes, depression can be so crippling that it can feel as extreme as a physical disability.

Since then, the internet community has been flooded with conversation and viral contents satirizing not only the term “crippling depression”, but many other aspects of mental health.

Is turning psychological conditions into something humorous beneficial or detrimental for those actually suffering from them?

In the case of iDubbbz’s video, which was originally made for laughs, serious conversation developed around the term “crippling depression”. It was an all-too-familiar feeling for those diagnosed with major depressive disorder.

In today’s internet culture, psychological conditions have become a topic where users can openly discuss and joke about them. It makes them more relatable and less frightening. Given that, historically, mental health was something that was rarely spoken of. Going to therapy was even deeply stigmatized. This prevented people from seeking the help they needed.

Humor, in particular, gives this community a more comfortable and engaging way to communicate their challenges with each other. It also makes their experiences more relatable to those who may not be as familiar.

To answer the question of whether humorous content about mental illness is ultimately beneficial or detrimental, let’s first define crippling depression.

The online therapy company Talkspace defines crippling depression or major depressive disorder as depression that is “severe to the point of limiting basic functioning, including the ability to work and live normally”. This type of depression can leave someone in a state where every task becomes mundane. It makes living a functional life more difficult.

Living with major depressive disorder can be debilitating. Sometimes, it can ruin relationships, work, and daily life. It makes it impossible to accomplish even the simplest tasks.

Depression is a challenging condition in that its early, milder symptoms can be exacerbated if not addressed quickly. Symptoms such as changes in appetite, malaise, and insomnia can cause someone’s mental health to deteriorate even further, driving them closer to major depressive disorder.

Due to the severe effects depression can have on a person, it can quite literally be crippling. It can restrict its victims to a bed without the willpower to get out.

In an account from Everyday Health, a person with clinical depression says, “I couldn’t wait to go to sleep, but I’d wake up at 3 a.m. and not be able to fall asleep again”. Having this condition can make it hard to live a normal life, no matter how much the sufferer wants to. Facing the world becomes tiresome. Any relief from the feeling is certainly welcome.

To an outsider, the severity of these conditions can make it seem like those suffering from them might be isolated from others. The internet provides a way for those people to stay connected with others.

The Internet and Depression 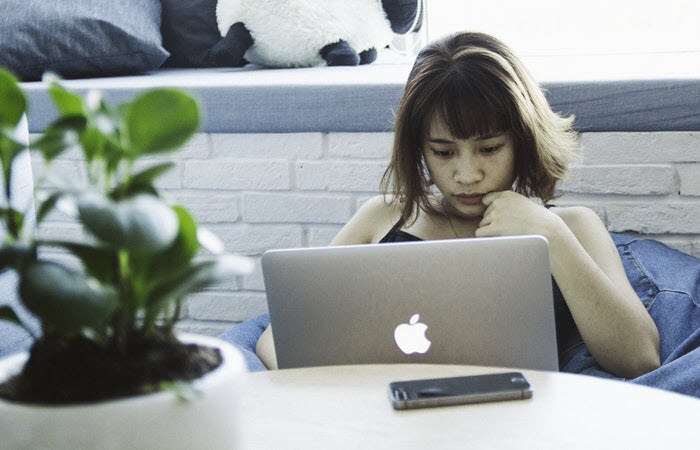 The internet is a tricky place for all of us, but particularly for those who live with mental health issues. Extremely short videos and endless amounts of visually-stimulating content encourage us to scroll on our devices indefinitely. It provides quick bursts of dopamine that only keep us scrolling for longer.

To a user without depression, this can be an entertaining way to pass time. However, to someone who suffers from a mental health condition, those dopamine bursts can provide a momentary relief from a state of deep depression.

A college student diagnosed with depression told Talkspace, “Being on the internet helps distract me from whatever I am going through at the time. It also helps me not feel so alone because tons of people I follow on the internet are depressed or have other mental issues”.

This instant gratification can cause further issues. While it may provide some relief, it means the core cause of their suffering is not addressed. The healthiest outlet may instead be facing these problems head-on.

How Memes Help Us Relate

Perhaps surprisingly, memes about mental health may be one of the most productive aspects of mental health awareness on the internet. There’s an increasing amount of humorous content on the web that centers around mental health.

This creates an environment that allows people to outwardly share what they’re experiencing through videos and images. Others can respond in comments or simply have a laugh while viewing and maybe share with a friend. People all over the world can connect and build niche communities that support one another.

Although memes may not seem like they have measurable effects on one’s mental health, they certainly spark laughter as well as recognition. Knowing that you’re not alone while going through a particular hardship (such as depression) can be beneficial in and of itself while helping one feel better and improving their mental health.

The reason that themes of mental health have become popular meme content is not because people simply enjoy laughing at these issues; it’s because so many people can relate to them. We find this type of humor entertaining. It makes the feelings less frightening since people can share them.

One of the themes central to mental health memes is a main character covering up his depression by distracting himself with the internet. It’s humorous to those with clinical depression because they are doing the same thing. They divert their attention from a serious problem by aimlessly scrolling on the internet. It’s a bit meta, but presenting these concepts in a fun way can make it easier to cope with the symptoms of depression.

While this culture of satirizing mental health brings awareness to depression and helps sufferers feel less alone, it remains an escape. Interactions made online can have a fleeting impact on someone’s life, but lasting, substantive change may be what’s needed.

While having these relationships online can be healthy, it’s important to maintain a balance with face-to-face human interaction. According to Psychology Today, “researchers found that having limited face-to-face social contact nearly doubles someone’s risk of having depression”.

The article goes on to say that, “Study participants who met in person regularly with family and friends were less likely to report symptoms of depression, compared with participants who emailed or spoke on the telephone”.

Having an online community can be beneficial. It lets people relate to one another and vent about their experience. More conversation helps to break the stigma around mental health and seeking care. However, relying too heavily on internet culture can have effects that amplify the symptoms they’re trying to alleviate. 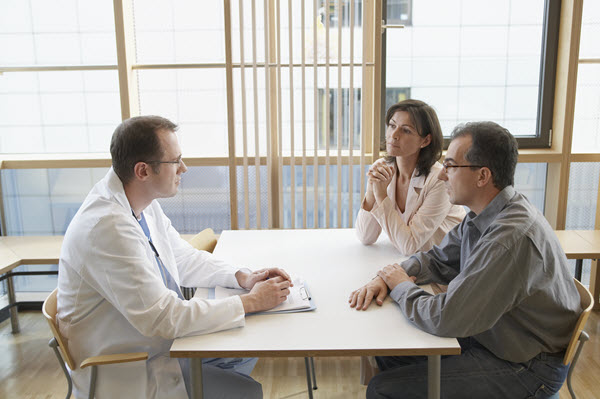 When someone starts to recognize symptoms of clinical depression, it’s important to seek out professional help. A relationship with a therapist can provide a way for a client with mental issues to share in an environment where they can receive ways to improve their overall well being.

The trend of satirizing mental health conditions has created benefits for those who suffer from them. The internet gives people a place to share their thoughts. It enables them to be a part of a community with similar issues and help them feel less alone. However, it sometimes prevents people from going out and getting the help they need.

The internet can make someone feel better for a moment, but it can make a depressed person lose interest in the outside world and lose themselves in these communities. It’s important for those with depression to address the problems they’re going through and seek professional help. Clinical depression is a serious condition that can take over someone’s life. While some say laughter is the best medicine, crippling depression is no joke.

See Also: How to Deal With Depression: 22 Things You Need to Try Today

A cutting-edge treatment program that offers relief from the symptoms of nerve pain and damage. It also helps the body repair damage to the nervous system.

Best for better balance and stability!

My Back Pain Coach

Best to improve flexibility in a short time!

Best support for nails and hair!