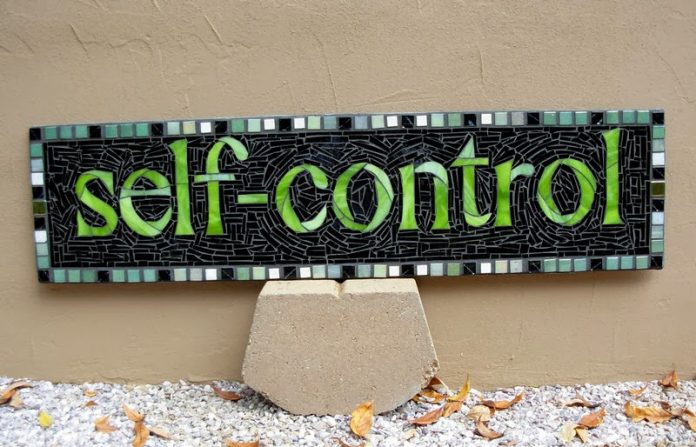 American lyricist Eubie Blake once said, “I don’t have any bad habits. They might be bad habits for other people, but they’re all right for me.” That’s an attitude that might make you feel more relaxed, but it’s not an attitude that will help you make the most of your personal and professional opportunities.

The first thing you need to do to take conscious control and target your bad habits is to acknowledge their harmfulness. Believing there’s nothing you can do to fix them only postpones the damage these bad habits do to you.

Identify what triggers your bad habits

Before moving on to starting better habits, it’s important that you first understand what pushes you to adopt bad habits in the first place. Stress, boredom, and not being mindful are often all that are needed to set you on an unhealthy pattern. You must reduce or eliminate the bad patterns before you’ll succeed in establishing better ones.

Of course, the real causes behind your actions, or lack of them, might be something entirely different. For example, if you feel boredom or lack of interest in a project, it could be due to a fear of failure or lack of confidence that you will successfully complete that project. In any case, you need to examine your bad habit and get to its root. Pinpointing the bad habit triggers will allow you to go to step two.

Let’s say that every time you’ve tried to learn touch typing you’ve gotten bored with the process. You’ve decided that slower typing is better than that boredom, and that you’re doing just fine with your “hunt and peck” typing strategy. Or perhaps, you tell yourself, you’re so busy you just don’t have the time to learn how to touch type. As noted above, the key to kick starting a new, beneficial habit is to first eliminate the trigger that caused the bad one.

If boredom is what discouraged you from learning touch typing, then your goal is to take boredom and turn it into excitement. This way your new habit will stick around and you will manage to change your life for the better. Do this by making learning to touch type fun. Join a community class, buy typing software that includes games, or watch entertaining YouTube videos by touch typing experts.

To counter the “no time” argument, take a week to track how much time you’re really spending on your typing tasks, then calculate how much time you’d save if you could type faster. Often simply realizing the benefits of dropping a bad habit provides the stimulus you need. Eliminating the bad habit triggers will push you into the right mindset for adopting a new more efficient habit.

For a new habit to stick you need to replace the bad one with a good one, rather than using both depending on the circumstances. Robert Baden-Powell has argued that “correcting bad habits cannot be done by forbidding or punishment” and we add to that statement that it can only be done by true replacement with a good habit.

A good example is someone who wants to quit smoking, and who has stopped smoking at home but still smokes when out with friends. If you’re trying to quit smoking, you need to find something else you can do at those weak moments when the urge to smoke creeps up on you. Avoid the situations where you’re tempted to get back into the habit of smoking, or find a distraction to take your mind off your bad habit. It’s important to think about filling the gap the bad habit leaves behind so that you allow yourself to move on and not be tempted to give up.

Be prepared for the emotional reaction

You might be determined to break a bad habit, but the withdrawal symptoms will soon kick in and make you reconsider. Don’t give in! Your habits are ingrained, and it’s natural that your body and mind react negatively against any deviation from what used to be normal.

You can conquer this need to go back to the familiar, comforting place your bad habit offers you easily by finding a worthwhile alternative to focus on. Taking bad thoughts and turning them into positive ones lets you realize how trivial this urge to go back really is. Visualize a stronger you, no longer dependent on your habit. This empowered image should serve as a deterrent.

Anticipate failure, and plan for success

It’s wise to be prepared to fail, especially if this is your first time trying to break a bad habit you’ve had your whole life. Being aware of the possibility of failure will let you be less harsh on yourself and give you a second chance. But don’t forget to plan for success as well.

Why not picture the “new you” entirely free from this habit that’s holding you back? Imagine  the successful version of yourself, the rejuvenated person that has adopted a healthier, more efficient, consciously better life. Purposeful thinking helps you gather power you already have but that is unfocused inside you. With purposeful thinking you call on this power and focus its impact on achieving your goal of breaking bad habits, and more importantly, creating good ones.

Bad habits eat away your potential and energy. Become aware of them and start eliminating them one at a time. Whether it’s internet dependence, nail biting, or a sedentary lifestyle, your habits are temporary and changeable. First become aware of this reality, and then you’ll be on your way to finding new and better habits to enrich your life with.