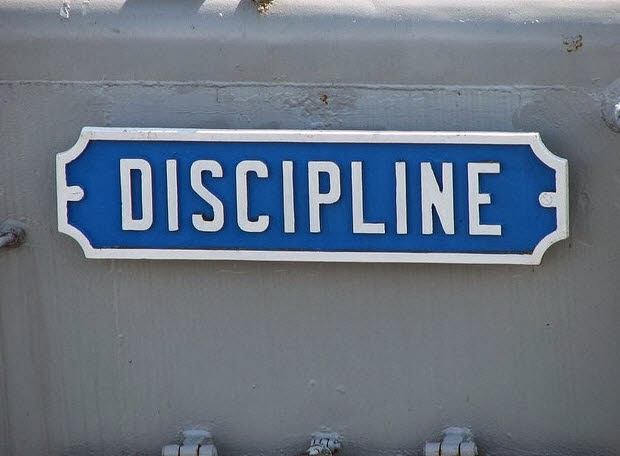 A common concern among people interested in personal development is how to get more self-discipline.

According to Wikipedia, “Self-discipline can be defined as the ability to motivate oneself in spite of a negative emotional state.”   And the Merriam-Webster online dictionary defines the term as “the ability to make yourself do things that should be done.”

So the term implies that you need self-discipline to get yourself to do things you want to do, but resist doing because of “a negative emotional state” or some other type of resistance.

Why do we need self-discipline?

I suggest the answer to all three questions is beliefs about people, life, and ourselves.  (A second factor in some situations is conditionings, which I’ll explain below.) For example, why would we need self-discipline—the ability to motivate ourselves—to start a project we really want to accomplish?  If we believed we had the ability to do it, that we ultimately got what we wanted in life, that getting it would make us happy, etc. we would just go ahead and do it.  We wouldn’t need to “discipline” ourselves.

But what if we believed I’m not good enough, mistakes and failure are bad, I’m not capable or competent, I’m powerless, I’ll never get what I want, life is difficult, etc.?  If we really thought these statements really were true (which is what a belief is), we would keep having the thoughts: I can’t do this.  I’ll probably fail.  I never get what I want.   And that negative self-talk would result in being afraid to take action on most projects—especially when doing something for the first time.  In that situation, we would need a lot of self-discipline to overcome the fear caused by the negative beliefs.

The need for self-discipline to follow through on something you were able to start would probably be due to the very same beliefs.

Eliminate the beliefs and the need for self-discipline would disappear.

Here’s a simple process for permanently eliminating your limiting beliefs

Step 1:  Identify the belief you want to eliminate.

Step 2:  Find the source of the belief.  In other words, what are the earliest events that led you to form the belief?

Step 3:  The belief is the meaning you gave those earlier events.  It was one valid interpretation.  What are three or four other reasonable meanings that didn’t occur to you at the time?  … Once you find them you will realize that your meaning isn’t “the truth.”  Instead, it is just one possible “a truth” out of many.

Step 4:  Imagine experiencing the earlier events that led to the belief.  As you imagine the events happening right now, doesn’t it seem as if you can “see” the belief out there in the world?  People whose primary way to knowing reality (about 80-85% of all people) will answer: “Of course I can see it.  You would too if you were there.”

Step 5:  Anything you can see has a shape, size, color, and location.  If you can really see the belief, describe it.  Can you really see it?  … When you look carefully you realize that that you thought you discovered in the world was never out there.  Your belief has existed only in your mind.

Step 6:  What does it really mean that those earlier events happened?  In other words, what do you know for sure as a result of those events that led to the belief being formed?  … On reflection you realize that, although the event may have had consequences at the time, the events have no inherent meaning.

Step 7:  Say the words of the belief out loud.  … Once you get that the meaning you gave the events is only one of many, that you can’t see the belief in the world, and that the events have no inherent meaning, the belief will be gone permanently for predominantly visual people.

For the 15-20% who are emotionally kinesthetic—who know reality via their feelings—and not predominantly visual, a slightly different process that I described in an earlier article will help you eliminate your limiting beliefs.

The need for self-discipline to stop overeating

Let’s look at another common situation where people wish they had more self-discipline: dieting.  Dieting consists of eating differently than you would like to eat, either eating less of specific foods or eating different foods.

But people who overeat usually do so because they have conditioned negative emotions to act as triggers that result in compulsive eating.  In other words, if you have conditioned boredom, anxiety or feeling unloved to result in eating as a way to distract you from or to cover up the negative feeling, then you will feel compelled to eat.  You will require an inordinate amount of self-discipline to overcome your compulsive need to eat.  Decondition the triggers and the need to eat will stop.  At which point the need for self-discipline will cease.  Here’s how to eliminate triggers to emotional eating.

Wouldn’t it be easier to eliminate the need for self-discipline than to struggle to discipline yourself to act against your beliefs and conditionings?