Although most people think of shrimp when they hear about scampi recipes, the original use of the Italian word referred to a preparation method of the langoustine or Norwegian lobster, which is generally skinnier and smaller than the American lobster. Since jumbo shrimp has a culinary semblance to langoustine, Mediterranean chefs across Europe eventually applied the scampi culinary technique to other shellfish.

The original scampi method of preparing shellfish consists of briefly poaching the catch in broth made with vegetables, spices and wine or vinegar. The poaching should not last too long for langoustine, but shrimp and American lobster will require longer periods of cooking. Dipping the seafood in melted butter is a preferred serving method, but many cooks actually use the melted butter as a base for saute.

The scampi dishes on the menus of most Italian restaurants in the United States are far more elaborate than the above-mentioned Mediterranean recipe. Shrimp scampi in the U.S. is a delicious pasta dish that can be prepared based on many variations. White cooking wine or vinegar are typical ingredients, but they are not mandatory.

A common scampi recipe starts with melting butter in a pan, following up with garlic and then the uncooked shrimp along with spices and seasonings. Usually the white wine is heated along with the saute, but this is not written in stone. Some recipes replace the wine with lemon juice and bits of tarragon so that the fruity flavor is not lost, other recipes suggest chicken stock or broth as a substitute.

Although it may seem odd to mix poultry seasoning with seafood, cooks must consider the fact that most commercially available chicken stock or base does not contain too much chicken to begin with. The flavor comes mostly comes from vegetables and spices; so, in a way, using chicken stock instead of white wine in a shrimp scampi recipe is actually a closer approximation to the original recipe.

A mixture of olive oil, oregano, parsley, tarragon, and chicken stock would actually make a more savory base for the saute. A splash of vinegar may also add some zest, but cooks should keep in mind that too much oregano, parsley or vinegar could end up overpowering the recipe. Serving the scampi over angel hair pasta and letting it sit for a couple of minutes before eating is one of the best ways of enjoying this dish. 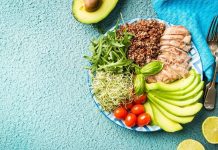 A Newbie’s Guide to a Balanced and Nutrition-Packed Diet 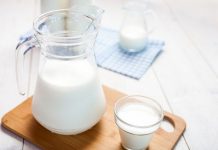 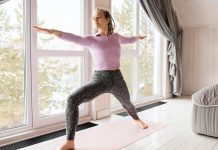 10 Helpful Tips To Improve Your Microbiome 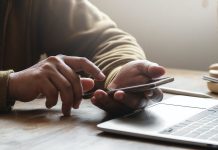